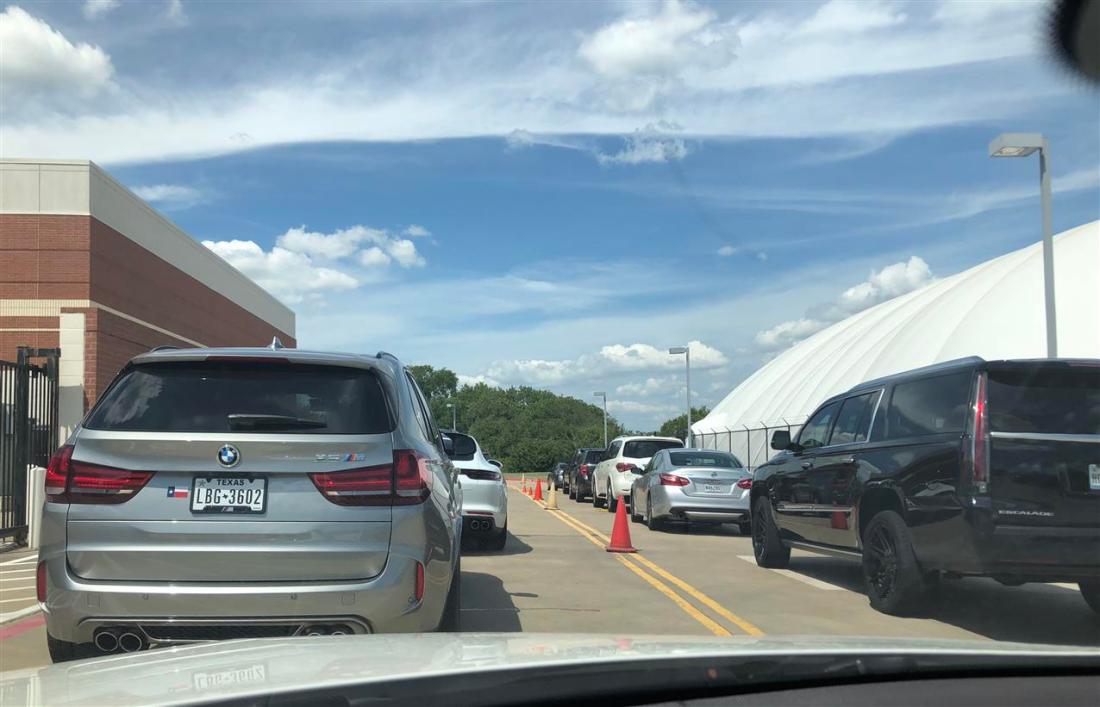 My family and I moved to a new community about a year-and-half ago.  My son was previously at a small private Christian school where there were only about 125 students in the entire academy.  Transitioning to a large public school and a new neighborhood has been interesting and has presented some challenges.   Over all, it has been a positive experience for my son, especially academically.  However, it has not been as easy as I had imagined for all of us to become socially integrated in our new location; I suppose that will come with time.

When a neighbor asked me to join carpool, my initial thoughts were, “wow, this would be a great way to get to know some of the neighbors better, and I could use an extra 45 minutes in the morning!”

However; after I contemplated the proposal for a few days, I decided not to join the others in carpool.  The time I have in the car with my son in the mornings is very precious to me — perhaps even more so due to certain life-altering events that have occurred in our family.

My son was born when I was 40 after six miscarriages.  In 2014 I was diagnosed with stage 1 breast cancer, and God completely healed me after a double mastectomy.  In 2009 we started building a second business, an assisted living facility, that we later sold in 2017 in the midst of moving to a new home after 15 years.  These are just some of the trials we faced that have produced an acute awareness of how precious life is daily.

My son will be driving in a few short years, and then he will soon be off to college.  Unlike the afternoons when he is tired and sometimes quiet after school, my son is usually happy, talkative and open to instruction in the mornings.  We keep a one minute devotional for boys in the car that he reads to me most days.  Sometimes we discuss the lesson and other times we talk about the passing cars on the road, the latest updates in Roblox or sing along with the radio.  I pray over him almost every morning, addressing his specific needs or current struggles.  I thank God for the Godly man, husband and father he will someday be.  This is my time to pour into him and also strengthen our mother/son bond.  (Sometimes his dad drives him in his sports car so they have bonding time, too.)

My son only has seven years of school left, and I want to cherish every moment possible.  I want to help him navigate the challenges of sixth grade and listen to him when he wants to talk to me about seemingly small things so that he will feel confident in coming to me with the really big things.  I want to be tuned in to what is going on in his world and take advantage of every teachable moment.

This morning in particular, my son was tired after a busy holiday weekend; he was very congested and also had a badly bruised toe.  Struggling, he said, “mom, I don’t know why I’m even saying this, but I feel like I need to list things that I am thankful for.”  In my head I was like, “Yes! He does listen!  Woo hoo! Good parent moment!”  As I encouraged him to list the things he was grateful for, he said, “well I was able to blow my nose this morning.”  We both laughed and continued listing things together, including our time this morning in the car.

Children are a heritage from the Lord, offspring a reward from him. – Psalm 127:3

Impress them (God’s commandments) on your children.  Talk about them when you sit at home and when you walk along the road, when you lie down and when you get up. – Deuteronomy 6:7

View all posts by sheshareslife07

9 thoughts on “Why I Opted Out of Carpool”